Our budding entrepreneurs are putting the finishing touches to their creations, to sell at the Summer Fayre on Tuesday 11th July. We hope everyone will come along and support our efforts!

Dragon's Den products made by our budding entrepreneurs...'successful futures' for this lot!

BREAKING NEWS Our Film, made as part of the ENERGY+ NOTION Project is being shown upstairs in the Red House, at 6 pm, on Wednesday 24th May 2017. All year 6 pupils and their parents/guardians are invited to attend the screening. It forms part of the Merthyr Rising Festival. Hope you can all attend!

Year 6 are taking part in a major project that will culminate in a performance in St.David's Hall, Cardiff. We selected a question to explore: 'Where in your world is important to you?.' Then, we worked with a poet, Mike, to create a class poem based on this question. After that, a musician, Larry, came in to help us turn it into a song that could be performed in May in St. David's Hall. Parents, governors and friends are all invited to see us, and other schools, perform our songs and join in with the activities of the 'TIDY PROJECT'.

Everyone Has A Special Place

Year 6 have been invited to take part in an AMAZING film making project. Mr Richard Jones, funded by the Welsh Assembly Government, will be working with us to make a film using exciting techniques, such as 'time lapse photography' and 'Talking Heads'. The project's aim is to inspire an interest in their heritage and to develop their creativity. The film will be about how energy production has changed over time in our local area. We will be learning about coal mining in the past and present and how energy production has seen a movement towards renewable energy in recent years.

Parents: your input is required! Your child will be asking if you have any relatives/ancestors who worked in coal mining in the past, or work at the open cast mine now. You will be asked if you have any old family photographs or documents that might feature in the film. You will also be asked if anyone in your family works in renewable energy today.

If you could give your child any information or photographs, we would be very grateful. The greatest care will be taken of them and they may feature in the film.

Thanking you in advance!

6.1.17  Gentle reminder: if you have any information, could you please help your child produce some notes and bring in any photographs you may have. Thank you! 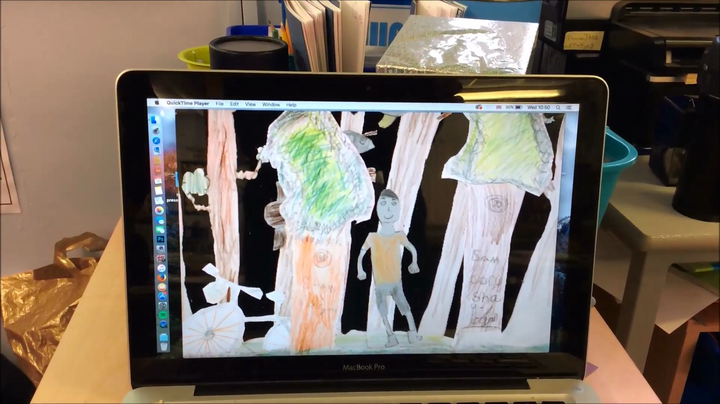 Children working on the ENERGY AND NOTION project with Mr. Richard Jones.

What have we been up to in class?

We have been busy learning about the 1960s in Project, studying metric and imperial units of measurement in maths and learning how to use higher order punctuation in English.

Well done to all our classmates who had 100% attendance 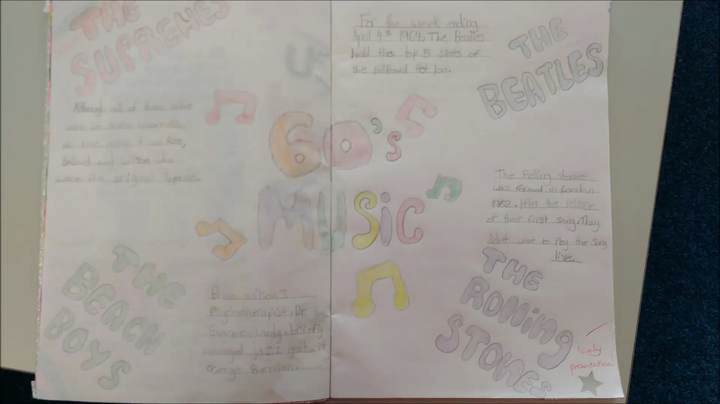 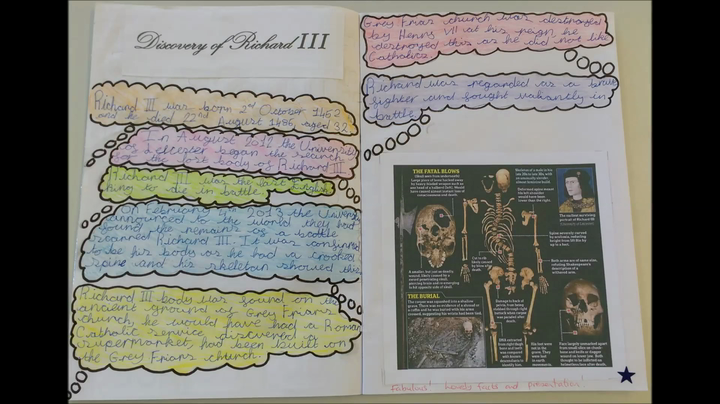